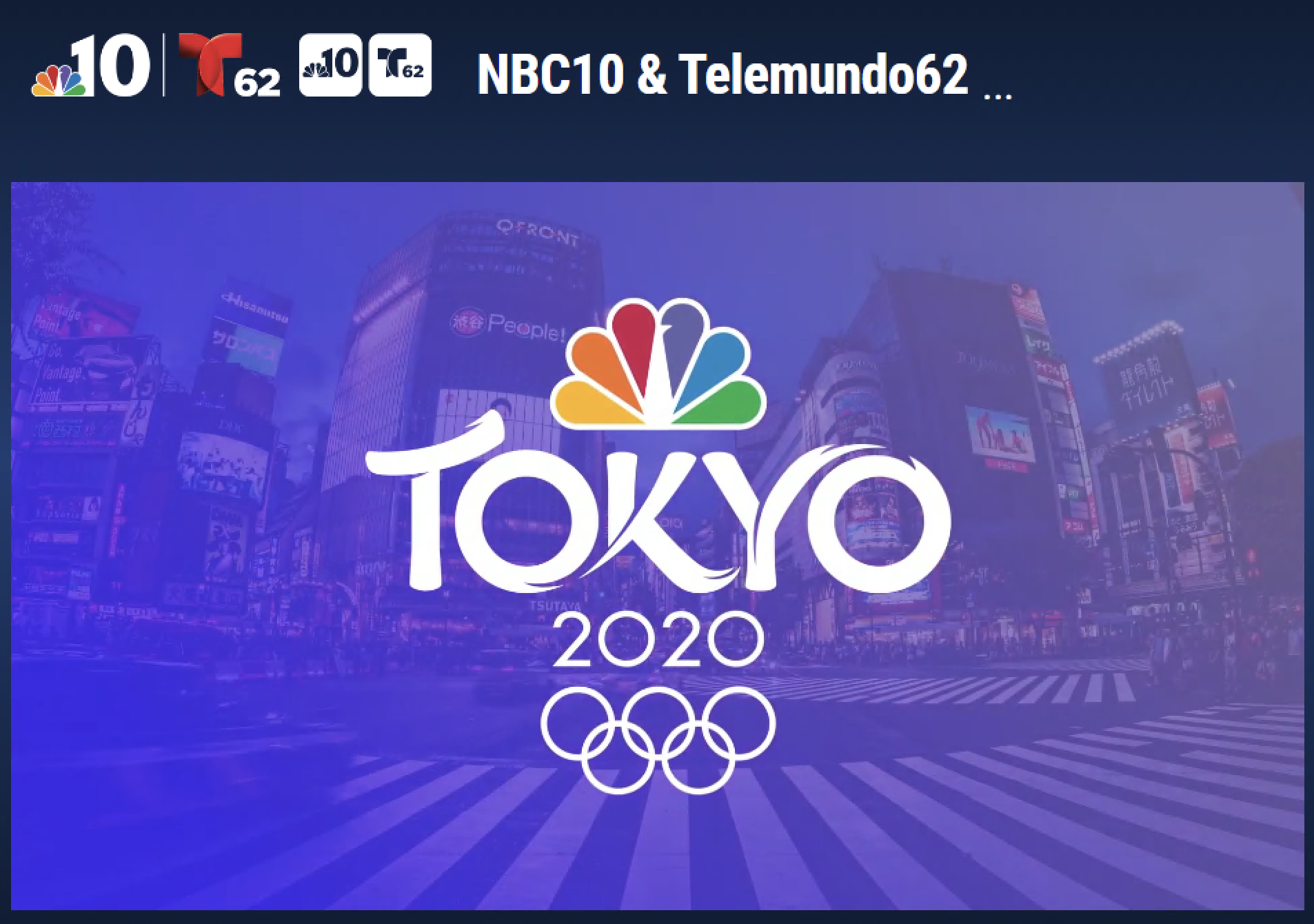 I’m Zac Harris, a senior Advertising major in account management. My exciting internship opportunity this summer is at NBC10, Telemundo 62, and NBC Regional Sports Network in Philly in their Creative Services Department.

These are three branches of the NBC “triopoly,” and the Creative Services Department supports each unique branch on all media platforms. The department produces top-quality promotions in a 24/7, fast-paced environment  and I’m excited to share an “insiders” look with you! Although each news & entertainment property is unique, I have learned that there are things common to all of the NBC properties:

Planning and Preparation are Most Important

As someone who has not planned much farther ahead in college than two weeks, it is a skill that I learned is critical in the media business. Every event, news broadcast, and local special is carefully planned along with each support team: news, creative, sales, digital, etc. As an example, a major event in Philly like Wawa Welcome America with a concert produced by NBC requires planning as early as a year beforehand. It is so exciting when it all comes together! The Creative team is responsible for all the graphics and promotion that is associated with the Wawa Welcome America Concert on the Benjamin Franklin Parkway (this year, due to COVID, it was at the Mann Center for Performing Arts). Promotion does not simply mean banner ads and live mentions on-air; promotions involves a team of people who work together to produce branding, copy, and overall look for commercials with on-air talent. It involves news directors, producers, camera crew, and locations. Promotional activities include pre-event, event, and post-event, and each is created individually for specific media platforms. This year, Creative Services filmed at multiple locations, (with city approval), producing hours of content before editing and graphics are added for final approvals. I had the exciting opportunity to be part of a few of the commercial shoots around the city! The promos are then scheduled to air and tracked on all platforms; Creative Services then does a debrief to see the impact on each platform after each event. Events are always cross-promoted on other NBC properties. For example, I was able to help write talking points for the Philadelphia Phillies announcers to promote the Wawa concert during Phillies game. In addition to writing promotional copy, I tracked promos for certain clients when they aired during news or streamed online.

None of this happens without careful planning and coordination! Not to mention that this is only one event in a calendar of many along with daily news graphics, stories, breaking news, local specials, and a complete brand redesign. The television stations put live newscasts on NBC Philadelphia alone eight times per day (like a different Broadway live performance each time) and each one has to look fresh while continuing to promote all the brands on each of the NBC platforms. I had the ability to contribute ideas each week for their social media platforms, news and sports properties by analyzing current news broadcasts, looking at the competition, and offering a young person’s perspective on the media.

I mistakenly thought that NBC, (being a very large corporation) would be a very independent. self-driving organization; although this is true, what I quickly realized is that partnerships and clients are what inspires stories, drive events, and encourages local participation. As media viewers are becoming more fragmented, I learned that NBC always wants to add value to their brands and they often do that through partnerships. The NBC team has partnered with many Philadelphia companies to enable cross-promotion. I researched how their local radio station partners from Audacy could help cross-promote Philly Live, NBC’s lifestyle and entertainment show at 11:45am each day. The energy between a radio and television on-air talent makes so much sense (and it was great to see on all the excitement on conference calls!). This radio/tv partnership allows NBC to highlight all the happenings in the city in a different way. Spending additional time on the Philly Live program, I researched Pocono attractions and recommend locations for fall photo shoots and on-air segments for Philly Live. Partners like Wawa, Visit Philly, Live Nation, along with the City of Philadelphia help to bring together concerts like the annual Fourth of July Concert. With partnerships, there is an increased need for collaboration and approvals, but the Creative Team thrives on collaboration. (See my first point above, it all circles back to good planning!).

There is another partnership that is important for the NBC Regional Sports Network. Their  Creative Team provides all the graphics and promotions for the pre and post game shows for the 76R’s, Phillies, Eagles, and Flyers. As sports partners with these teams, they promote upcoming games, player events, local broadcasts, and streaming services. One of my favorite assignments was to investigate sports teams in other cities to see how they engage fans socially, giving recommendations to NBC Sports to engage fans for the upcoming Eagles exhibition games on social media. (I learned today that there are specific rules that each team has for player likenesses used and was able to see the lineup of promotional graphics for the start of the Eagles season!) If you listen carefully, you may even get a little insider sports information during the weekly sports meetings:) The NBC Sports Creative team obviously relies on planning for each season, but a few things I learned is that playoffs (like in the case of the 76R’s just recently) creates a very short window for the design team to create graphics and promos for the next games, so they create ahead of time for different outcomes (who knew?). In addition, they work closely with the Philadelphia teams to anticipate things like player trades or acquisitions. Most of these graphics are also created ahead of time. Is there a player to be traded or one on the way to Philly? the Creative Services team may have some ideas already executed!

I appreciated everyone in the Creative Services Department who always asked for my input, my perspectives, and made me feel like a valuable part of the team. At NBC, no question is silly and new ideas are always considered. Do not be concerned as you move into the world of media and communications, Temple prepares you to be a well-informed future employee!

There is Always Something New to Grab Your Attention

Finally, one of the most exciting things at NBC is that coverage of the Tokyo Summer Olympics starts on Friday, July 23rd and runs to Sunday, August 8th in Japan. Although no spectators will be allowed, Keith Jones, NBC Philly anchor will be there getting all the stories, highlights, and action. I want to congratulate the NBC Creative Services Team for all the time, work, and energy that went into this year’s much-anticipated Olympics! It is an exciting time to be an intern at NBC10/Telemundo62!

Check it out on all platforms!