My name is Anaje and I study Advertising with an Art Direction concentration. And what better place to learn about art and graphic design than Paris? This summer, I had the opportunity to study in Paris. I’ve wanted to visit Paris from the age of eight. Finally, being able to go felt like a dream come true. From the historic architecture to the boulangeries (bakeries) every few blocks, I truly felt like I was home. My internship played a large role in helping me feel comfortable.

I interned as a graphic designer for a company named Ideta. Ideta is a start up company that uses artificial intelligence to create chatbots for companies. Each chatbot is based upon the company’s needs; Sodexa uses Ideta to help manage its employees and help provide its employees with more on the go support. Ideta also has two projects, Welcome and Rox. Welcome eliminates the need for an assistant, receptionist, etc. by mainstreaming those needs into one, simple app. Rox is Ideta’s ethical version of Uber in which drivers take home 85% of the profit.

Interning at Ideta was one of the best experiences I’ve had while abroad. My bosses were extremely flexible with our schedules (French law prohibits people from working more than 35 hours a week), approachable, patient, and let myself and the other interns have a lot of creative control. The first week of an internship is usually the test week in which the employers and interns figure out if this is the right placement. Subsequently, for the first week other interns and I worked on translating PowerPoints from French to English and reformatting them. Eventually, the tasks became more exciting. I was able to design infographics for Rox’s launch party–a task that took me much longer than anticipated. That was my first experience of designing something for a client and only having to focus on that design. During the school year, students have to limit their creative freedom because of the mass amount of activities in which we engage. I also redesigned presentation decks, designed their press kit, and created new graphics. Aside from graphic design I created a communication strategy for Rox and helped manage their social media.

My bosses really tried to push the interns by giving us so much freedom. It was less about checking in on each task. They trusted us to do a good job and that made it so much easier to work with them and feel respected as a human being. I was able to see what I could do as a graphic designer and that was inspiring. It’s so easy to feel dejected or that you’re not at a certain level yet. Interning for a company that trusted me proved to myself that I can actually be successful.

My internship and location helped me grow over the course of the summer. My internship taught me that I have to branch out and be more forward. I learned how to ask questions directly and how to talk in a work environment. Being in France forced me into a ‘sink or swim’ mode. I learned to adapt to French culture, began speaking French more regularly, and became a regular at different spots.

Overall, I feel more confident in myself and my major. I’m able to articulate myself in a concise manor and directly pursue what interests me. 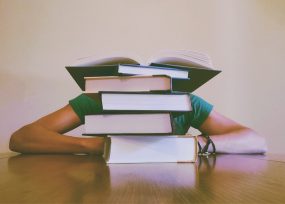